You are here: Home › Uncategorized › Farm Ethics: On Taking a Life 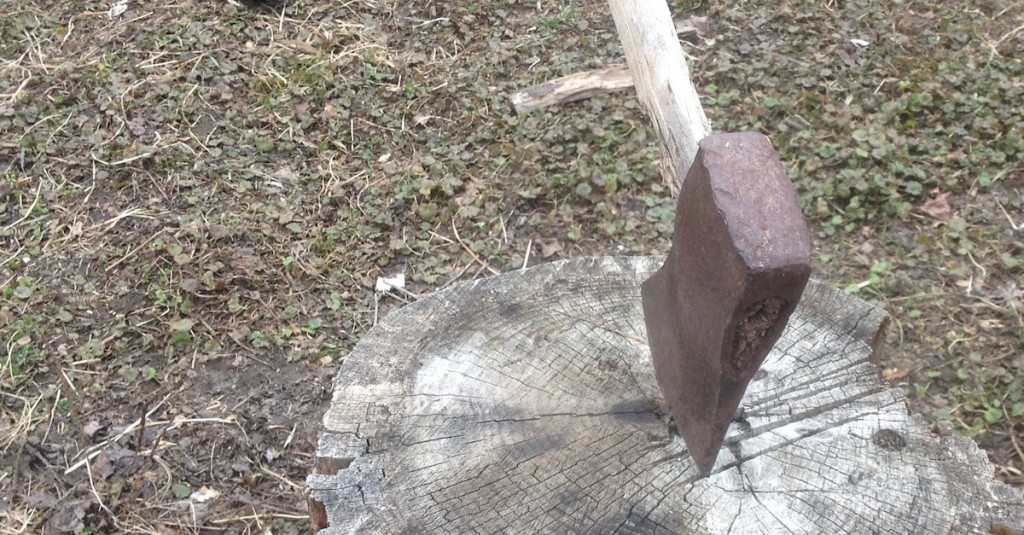 The six week old pullet chick came hopping over to me the second I stepped into the brooder stall. I could not see, at first, what caused her gait to be so uneven. As I reached for her, she darted about eighteen inches away from me and then stopped. Then I saw that the lowest part of her leg was actually dragging behind her.

I managed to grab the chick and get a closer look at the joint that was causing her such trouble. She struggled a bit, but stilled as I probed the swollen joint and checked to see the extent of the break. As far as I could tell, this injury was not caused by trauma. I was surprised, in fact, that the formation of the whole leg hadn’t caused me to notice any discomfort earlier. The leg seemed a bit longer than the other and misshapen. These sorts of defects are more common in cockerel chicks, but out of the billions of chickens that are hatched every year, a pullet chick with a terminal abnormality is hardly unusual.

Still, I brought the chick into the house to get a look at her under the light. Her eyes were closed, and she was leaning in to me under the fleecy inside of my hoodie. Her breathing was a little fast and heavy, and I couldn’t tell if that was the result of pain or fear. Maybe both. In any case, she seemed relieved to be away from the other two dozen birds her age. A month and a half is right about the time that chickens’ true nature starts to surface. Weaknesses in one chick that might have gone unnoticed by the others, even a week ago, are now salient objects in the reptilian attentions of these decreasingly cute and fuzzy creatures.

Her peeps were breathy whimpers as I experimented with two freezer-pop sticks that I hoped would make decent splints. I thought that if I could  manage to get the chick not to flex that joint, I might be able to tape the restraint in place. I figured that she’d walk like a peg-legged pirate pullet, but if she lived, I’d name her Anne Bonny.

Although she really wasn’t fighting me any more, I soon found that splinting the leg was not an option. The only way that I could guarantee that the chick couldn’t move her leg was if I extended her leg entirely—she wouldn’t be able to walk at all, or if she could, the other chicks would be drawn to her strange behavior and would begin tormenting her. They’d peck at her as she tried to outrun them, which would only incite her peers to cannibalism.

I put her back under my hoodie where my body heat seemed to help settle her shivers a little. Her breathing slowed down, and the peeps that escaped her now were more like thin, short whistles. Once her eyes were fully closed, I began to pet her on the head where the last of her chick’s down still held on tenaciously before being replaced by adult feathers. I scratched behind where her ear would be if she had ears. As I stroked under her chin, I could tell that the chick was asleep.

As I applied steady pressure to both sides of her neck, she did not seem to notice, but slept on. Her oxygen-starved brain never registered the signals announcing the end of mortal life.

As my spirit tore and clawed at itself for the rest of the day, my own mind completed all the strained ethical gyrations that accompany the taking of a life. Folks for whom animals or animal-derived substances are not food are seldom persuaded that a justification exists even for the domestication of livestock. I can and do respect that position. All previous debates down that twisty road have always led me back to the spot I was standing on in the first place, so I tend to avoid them these days.

What occurred to me this time may not be a new thought, but rather one that has taken on a greater significance because of recent significant changes from the personal to the global: I am obliged to account for each life that I take. In order to do that, I have to evaluate my ideals and the ethical framework based on those ideals, and then ask, “have I honored the life I am taking with the respect, care, and compassion that my beliefs require?”

Answering that question should never be automatic. My comfort with the examination should never be a consideration. While my own personal rituals that go into the slaughter of an animal are not elaborate, they do include a word of gratitude. Perhaps the unexpected nature of the chick’s injury and euthanasia was responsible for the distress I felt. Instead of a “thank you,” all I really had to offer was a “tough break kid.”

I know, however, that I have an obligation to be the one to offer even that poor solace to a creature under my care. I have an obligation to promptly notice, and then lessen or end, any suffering that occurs on my farm. It is a grave honor, peculiar to the farmer alone, to regularly make the compassionate decision to end the lives, for meal or mercy, of animals long under his care.

The fulfillment of this obligation may be what earns farming the title of vocation while agriculture is known as an industry.
farm ethics
April 7, 2014 in chickens, human condition, poultry.